Before living in Galloway Hall her sophomore year, Rachel Partridge had never experienced any kind of prolonged illness.

“The last time I went to the doctor because I was sick was in the seventh grade. I had swine flu,” Partridge said.

But during her one semester living in Galloway Hall, Partridge would visit the doctor three times. She first noticed a prolonged coughing problem in the early days of the semester. This quickly proceeded into congestion. When Partridge visited the doctor, she was put on antibiotics and an asthma inhaler: something she had never needed in her life before.

Partridge said that she believed her new health problems were due to the mold problem that existed in her dorm room.

“Mold ruins Res Life for everyone,” a Resident Assistant who chose to remain anonymous said.

When asked to comment on this story, Director of Facilities Skip Hartsell clarified that no confirmed cases of mold have been found in the dorms in recent years. In most cases, what students believe to be mold is actually mildew, and it is usually removed by commercially available cleaning products and rarely comes back afterwards.

After filling out a work order early in the semester, facilities removed the mildew from Partridge’s Galloway room. A few days later though, she found more mold-like substances in a light fixture.

According to Biology Professor Dr. Joyce Hardin,  it is often difficult to remove mold.

Hardin explained that these spores can stay airborne even after the mold has been removed, so it can be hard to fully get rid of it.

Partridge sent housing an email about her situation. She included in the email pictures of the issues. Maintenance gave her a dehumidifier and cleaned out the light, but her symptoms persisted. Partridge had a blood test and a chest X-ray conducted and was asked by her doctor to take steroids along with her inhaler. Her health was not improving.

“I told facilities it was time to move,” Partridge said.

She and her roommate set up a meeting with housing and their respective families. By the second semester, they had moved out of Galloway. Partridge’s health problems immediately went away.

In a similar story, roommates Savannah Draud and Madeline Chosich both suffer from asthma. Until late October, they were living in Veasey 108.

“I never had to go to the nurse until I lived in Veasey,” Draud said, “Now I have all these colds.”

“I have gotten lots of headaches and couldn’t stop coughing once we moved in,” said Chosich.

For both parties, the perceived mold got so bad that they requested to be moved from their room. They reported the issue to facilities and found that a large amount of mold-like substance was living in there sink, although both suspect there is mold in other parts of the room. 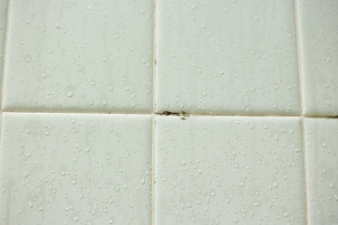 “I have seen mold in more than a handful of my residents’ rooms,” Resident Assistant Matthew Perkins said. “The troubling part is not that it can’t be dealt with, although black mold is a little more stubborn, but instead the worry comes from the frequency with which you see it.”

“If a student comes to me and says ‘I found mold in my room’ we immediately let facilities know and try to fix the issue,” Omolo said. “Of course, not every dark spot in the room is mold, but we treat these reports very seriously… if the student wants to be moved, we will move them, no problem.”

Proposed maintenance of the residence halls in the coming years will seek to address these problems, according to Hartsell.

“The Senior Leadership Team is currently working with Architectural and Engineering groups to develop long-term upgrades to the traditional residence halls,” Hartsell said. “Key elements of the proposal address indoor air quality, humidity control and other quality of life improvements for residents. The goal is to have a working proposal ready for consideration by May 2018.”