“I definitely wish that swipes rolled over,” sophomore Will Stafford, who currently has a ten meal plan, said. Every week is a different circumstance. I might be out of town for the weekend or I might not have time to eat in the cafeteria at some point, so those are meals that I’m paying for regardless of whether I eat them or not. . .I wish I could use a swipe the next week, that I maybe didn’t need the week before.” 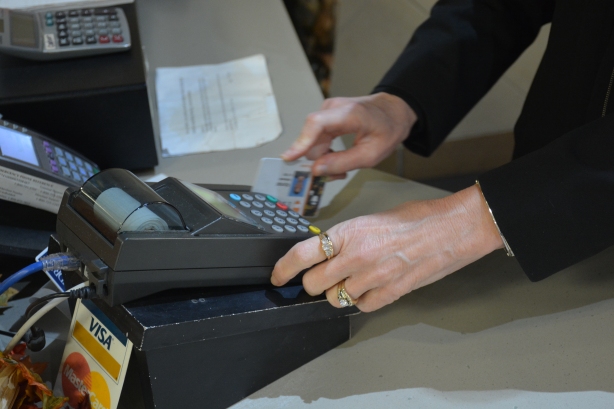 “It definitely has been harder transitioning from a full meal plan to a ten meal plan, but I think it has been totally worth it. Financially, it has saved my family a lot of money. However, I do have to plan my weeks out in advance and decide when its best to eat in the cafeteria this year,” Stafford said.

If students with the ten and five meal plans were able to have their specified swipes rollover into the next week, it would give them extra meals than usual some weeks, which would ease the stress of planning out their meals each week.

“The plans, other than the full meal plan, are currently designed to only allow a maximum amount of swipes per week and as such we do not actively track un-used swipes on a student by student basis,” Tom Siebenmorgen, Executive Vice President and Chief Financial Officer, said.

Dining Services only monitor the access swipes of all plans together in order to anticipate a certain level of un-used swipes on a weekly basis. This information allows Dining Services to know how much food to purchase, how to price each of the plans and how to maintain their budget process as a whole.

“Our goal is to offer a limited number of plans and keep them simple and affordable so that we can concentrate on serving great food at all times of the day when students want to gather. The use-them-or-lose-them system is efficient, easier to track, and already has anticipated missed meals factored into the pricing,”  Siebenmorgen said.

So essentially, students with ten and five meal plans are currently not able have unused swipes rollover into the next week because it would raise the the cost of these meal plans.

“There would be some reluctance to change the current system for the reasons described, but the Senior Leadership in conjunction with the Dining Services is always willing to consider changes to make improvements to student-life at Hendrix, and would weigh the costs of any such changes to the students and their families,” Siebenmorgen said.