On Nov. 1, John Mulaney was nice enough to come visit our little town of Conway—or as he described it, the place that “desperately wants to be adorable but you know something’s wrong”—and perform at UCA’s Reynolds Performance Hall. Tickets went on sale for UCA students first, with a limit of two, but the general public weren’t able to get many seats because they sold out almost immediately. While not getting tickets must have felt unbelievably disappointing for some, I wouldn’t know, because I wasn’t one of those people. Of course, I would’ve preferred orchestra rather than balcony seats, but the venue was small enough that, no matter where someone was seated, everyone could see the stage without Mulaney looking like an over-dressed ant.

It seemed like every single one of the comedy-show-goers stared intensely at the first red-lit, empty stage in hopes of being the first one to see him in his gray suit and green tie (which, interestingly enough, had a warrior on it. Just kidding. It was a tiger. Hendrix was never mentioned). And when his voice bellowed in the performance hall as he announced his opening act, the crowd began to buzz. Soon enough, John Mulaney took the stage and did what he does best.

The 36-year-old comedian, actor, writer, and producer has spent the past year touring the U.S. In September, he won his second Emmy for John Mulaney: Kid Gorgeous at Radio City. He’s a former member of the Saturday Night Live writing team and returned during the 43rd season to host the April 14, 2018 episode. But he’s most likely best known for his stand-up specials—New in Town, Kid Gorgeous, and my personal favorite, The Comeback Kid—and his voice-acting on Big Mouth, the Netflix cartoon he produces. Mulaney also starred in the Broadway hit, Oh, Hello on Broadway, and his semi-autobiographical, short-lived (and failed) sit-com, Mulaney. 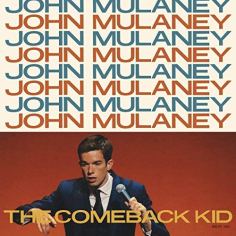 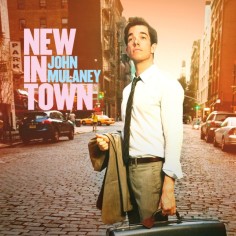 Despite his success, Mulaney believes himself to be a little bit bland, like a Saltine cracker topped with American cheese or the popular singer-songwriter Ed Sheeran. While yes, he is an upper-middle-class white kid, and yes, Cardi B told him that he “[looked] British” on The Late Night Show with Jimmy Fallon, his stage persona is everything but the way he describes it. Whether he’s talking about his experiences while on tour, his somewhat religious upbringing, or his interactions with workers at Best Buy, Mulaney’s well-delivered observational and self-deprecating humor can make almost anyone laugh out of the sheer force of will.

You might think that he’d think he was too cool to perform in our small college town, but, fortunately for us, that didn’t seem to be the case. When he was asked where he really, really wanted to go, he said it was so far-fetched that his managers thought he wanted to perform in the Long Lost City of Atlantis. But obviously, he was talking about performing at UCA, or rather, what he referred to as “the school of Scottie Pippen and no one else.” In fact, he spent a lot of time talking about UCA, most of it stemming from the school’s unbelievably long Wikipedia page. He told the history of its school colors, its mascot’s name change, and its original founding as the “Arkansas State Normal School.”

He had a few repeated jokes, which can probably be found on his most recent stand-up show on Netflix, but lots of his original UCA-related content came from poking fun at the university and from reading its newspaper to distract himself, as well as the audience, from the “actual bad shit happening now.” However, he did get slightly political, and I loved it. I don’t think Mulaney said we can’t quote him on this, but he hates Trump. And while interacting with the crowd, he was asked if he’d been to college. “Yes,” he answered, “I went to Georgetown University in Washington D.C. But not the Georgetown that Brett Kavanaugh went to. I want to make sure that’s on the record.” So I hope it’s safe to say he doesn’t like Brett Kavanaugh very much either.

John Mulaney is definitely one of the greatest comedians of this generation. His many exchanges with the audience, his way of dealing with well-meaning hecklers, and his satisfaction for performing make him appear as one-hundred-percent genuine, and that’s exactly what we need now. He discussed controversial topics, compared current Jim Carrey to Jesus Christ, said, “our pope today is like a sophomore that just discovered ‘shrooms,” and claimed that meditating is worse than ISIS. He joked about mundane topics, like zoning out, the Beatles and their mustaches, and Ray Lewis. His show at the University of Central Arkansas—and everything about him in general—was like nothing I’d even seen from him, or any stand-up comedian, before.